Our small winery is located just next to the Medieval village of Montefioralle, in Greve in Chianti, in the heart of Chianti Classico in Tuscany.

Our production is mainly focused on wine even though we also dedicate a modest part to extra virgin olive oil. We cultivate about 4 hectares of vineyard from which we obtain less than 15,000 bottles of wine per year. The small production allows us optimal attention to the quality of our products.

Our winery, that has always been very attentive to having a low environmental impact and pursuing sustainable agriculture, was organically certified in 2019.

The small production allows the Sieni family to attend to the quality of their products in every single detail.

The cornerstone of our family in regard to the vine growing and winemaking activities. Even though he has just turned 80, he has an active and constant presence at the winery and is still today fundamental for the supervision of the vineyard production. 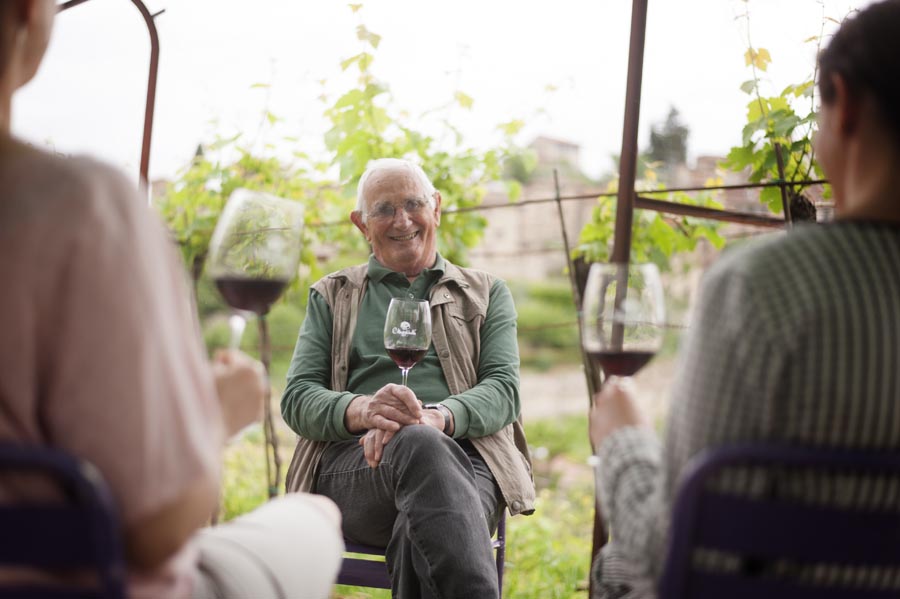 Daughter of Fernando, “The Mistress” as she is jokingly referred to by the rest of us in the family, Alessia is to all effects the owner of the winery. Together with Manila, she takes care of the visits to and the wine tastings at the winery. 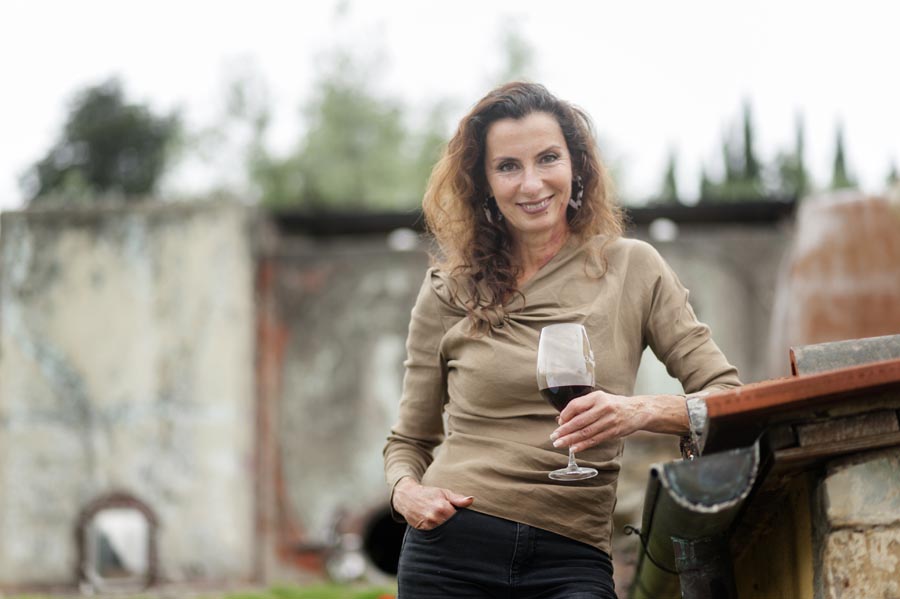 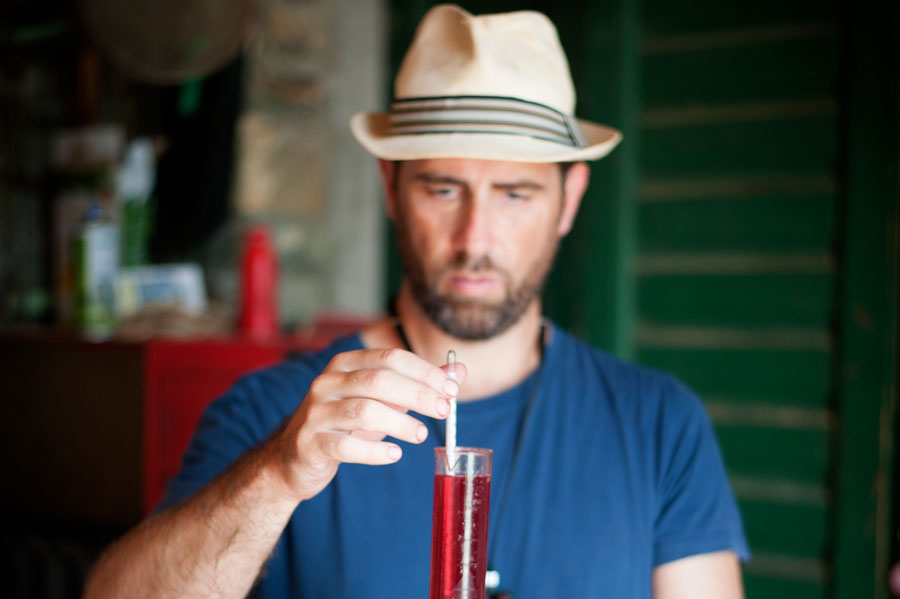 She is the wife of Lorenzo and, together with Alessia, she manages the visits and the wine tastings at our winery. She also takes care of the administrative side. 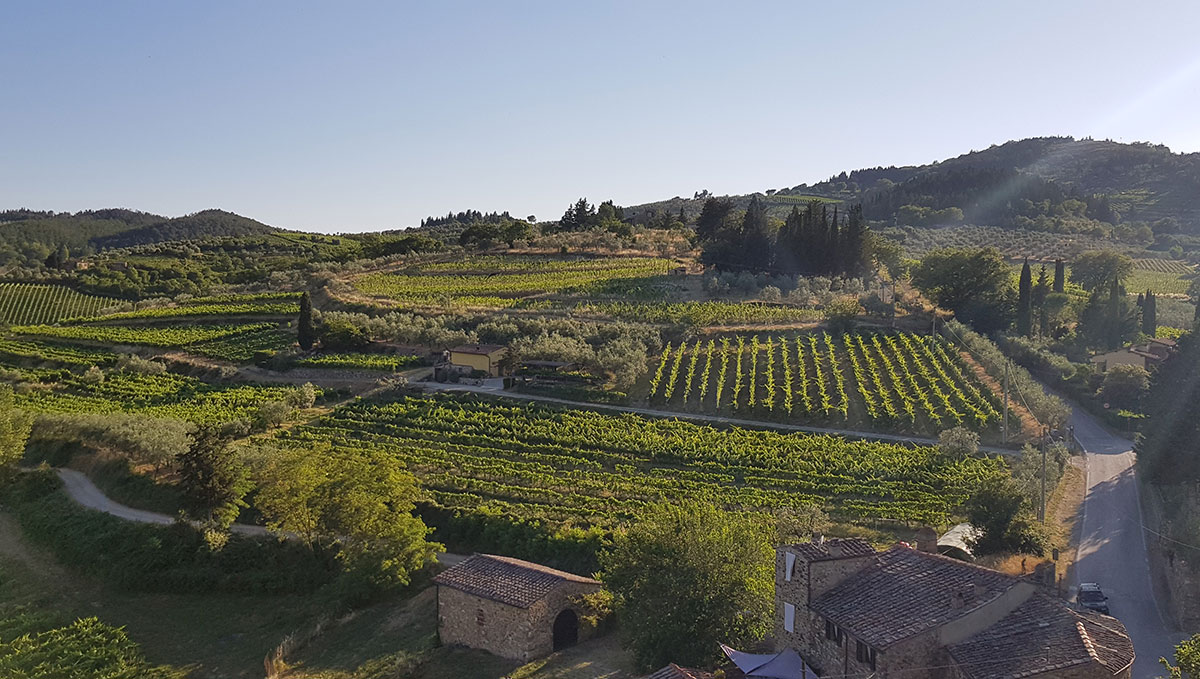 "Da poi ch'io fui qua, ò asagiato più vini, e non truovo cosa che mi piaccia altro che questo che vi mando e parmi il migliore che ci sia...; e se dovete tor vino, cogliete questo che è sempre mai el migliore che ci sia" (As I have been in this area, I have tasted many wines, and I cannot find anything that I like more than this that I send to you and that for me is the best there is…; and if you need to buy wine, pick this that is always the best one there is). Thus, Amedeo Gherardini wrote from the Castle of Monteficalle (today Montefioralle) to his friend Francesco di Marco Datini, the renowned merchant in Prato known all over Europe, on 27 November 1401.

The same farms of Monteficalle that produced the magnificent wine, Ser Amedeo, gave rise to the Montefioralle winery when Renato Sieni, after retiring from his professional life in 1964, reached an agreement with the prior of the Montefioralle village to rent the vineyard that had been tended by the village priests for centuries.

Renato planted new vines and started to produce a wine that at that time was called "S. Stefano a Montefioralle". In those years, he thus started the making of Chianti Classico wine to the benefit of the S. Stefano parish.

Fernando, the son of Renato who in that period was working as an electronic engineer in the production of gas turbines, developed a passion for viticulture and oenology at the end of the 1970s. He, therefore, started to dedicate all his free time to help his father with winemaking and following the latest guidelines and innovations in the wine production sector. It was period of renaissance for Italian wine.

Later in the 1990s, the church administration decided to sell the farm and the Sieni family immediately acquired it. 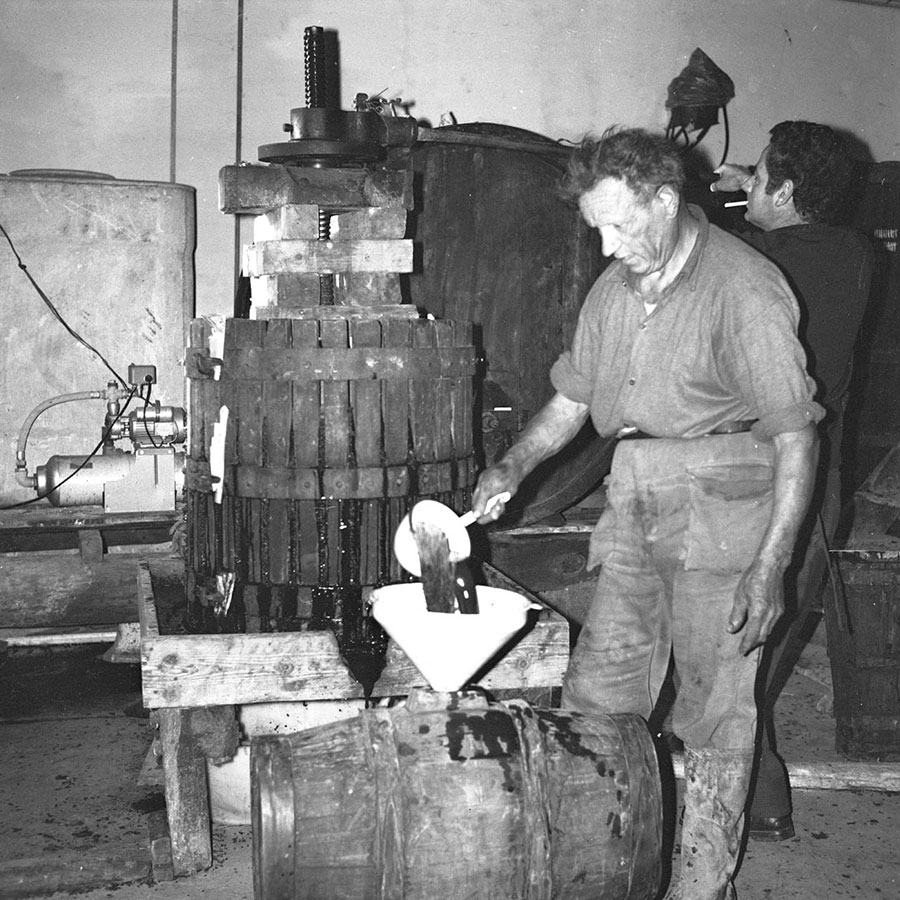 Leave us your email and we will contact you as soon as the new vintage of this product is available
Notify me Close
About cookies
We use cookies on our website, the cookies we use do not store personally identifiable information nor can they harm your computer. We want our website to be informative, personal, and as user friendly as possible and cookies help us to achieve that goal
What are cookies?
A cookie is a small file and holds a certain amount of data, which our website can send to your browser. It may then be stored on your computer's hard drive and can be accessed by our web server. This cookie data can then be retrieved and can allow us to customise our web pages and services accordingly. It's important to clarify that cookies do not collect any personal data stored on your hard drive or computer.
How does this website use cookies?
• Session cookies are used in order to allow customers to carry information across pages of the website, without having to re-enter such information. These cookies delete themselves automatically when you leave a website and go to another, or when you shut down your browser.