The Legend of the Black Rooster, the Symbol of the Chianti Classico

The symbol dates to the Middle Ages when the Lega del Chianti, a political and military institution created by the Republic of Florence to control the Chianti area, used it. The backstory to the Black Rooster symbol makes a fascinating tale.

The story goes that in the Middle Ages, after years of a bloody war between the Republic of Florence and Siena over the control of the Chianti area, the two Republics decided to put an end to the war and to settle the borders between them by means of an unusual competition.

On a specified day, awakened by the crow of a rooster, two knights would each ride off from their own hometowns, and the border would be drawn at the point where they met.

The Sienese people chose a white rooster to wake the knight up at dawn, and during the days before the event, they treated the bird to all possible comforts and fed him well. The Florentines instead chose a black rooster that they put in an uncomfortable cage and starved for several days.

On the day of the race, the black rooster of the Florentines, that by then was desperately famished where he sat in the horrible cage, started crowing before dawn. The Florentine knight thus got a head start with respect to the knight from Siena, whose rooster was well fed, relaxed, and happy, woke up crowing long after dawn.

That was how the knights met just a few kilometers outside of Siena, close to Fonterutoli where the border between the two Republics was drawn.

The image below shows how the logo has developed over the years; from the original symbol of the Lega del Chianti to the emblem that was in use during most of the 20th century (where the nomenclature has been changed several times), followed by the one that entered the scene in the early 2000s, and last, but not least, the present one that was redesigned in 2013. 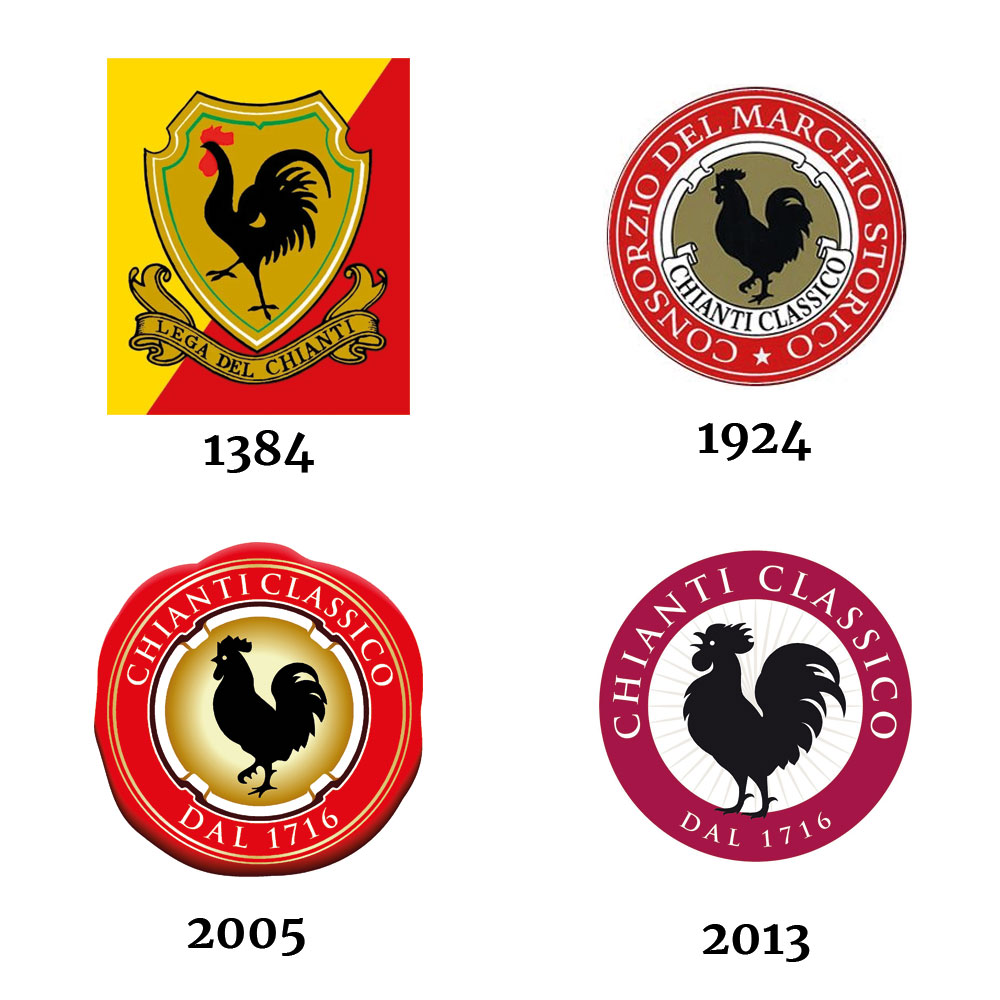 The cornerstone of our family in regard to the vine growing and winemaking activities. Even though he has just turned 80, he has an active and constant presence at the winery and is still today fundamental for the supervision of the vineyard production.

How our Monteficalle IGT was born

In the early 1980s, that Fernando also felt like trying to plant a couple of hundred Cabernet Sauvignon and Merlot vines in a new vineyard lot at the Montefioralle estate.
Leave us your email and we will contact you as soon as the new vintage of this product is available
Notify me Close
About cookies
We use cookies on our website, the cookies we use do not store personally identifiable information nor can they harm your computer. We want our website to be informative, personal, and as user friendly as possible and cookies help us to achieve that goal
What are cookies?
A cookie is a small file and holds a certain amount of data, which our website can send to your browser. It may then be stored on your computer's hard drive and can be accessed by our web server. This cookie data can then be retrieved and can allow us to customise our web pages and services accordingly. It's important to clarify that cookies do not collect any personal data stored on your hard drive or computer.
How does this website use cookies?
• Session cookies are used in order to allow customers to carry information across pages of the website, without having to re-enter such information. These cookies delete themselves automatically when you leave a website and go to another, or when you shut down your browser.